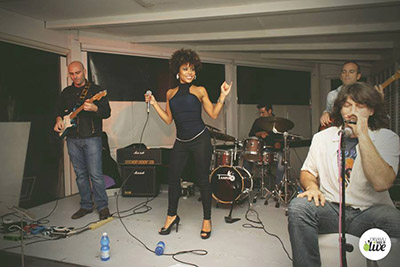 Born as Boo Team in Pozzuoli in December 2011.
Quickly make themselves known in the Campania’s clubs thanks to their feeling and strong charisma. They decide to add to the band’s name, the adjective Cultural, because they like to explore different musical languages in addition to the blues. Over the years they have transformed their show that starts in the napolitan hood and crosses the streets of reggae, of soul and arrives to the blues. They play what represents them in a intimate way, even if it’s screamed, even if it’s rock and even if it were not so. They will talk about their stories , about themselves and who they have met on their journey. They play with joy even the misfortune of being born under an unlucky star, and without something who loves them. You will be fine, you’ll smile.